Platinum End Wiki
Register
Don't have an account?
Sign In
Advertisement
in: Pages with broken file links, Rules and Policies

The Platinum End Wiki ensures that all contributors follow its style guide as well as its image policy when it comes to naming, using, and uploading files. This page is a guide for users who wish to add images to the wiki.

The Platinum End Wiki only allows .png and .gif file types for images. This is for the sake of consistency because most infoboxes were designed to automatically add images depending on the file name and type. If an image does not meet this criteria, it will instantly be deleted.

All file names must properly reflect the nature of the file. If the file is an image, the name must describe the scenario presented and indicate which continuity it is from (either anime or other derivative works). If the image is from the Platinum End manga series, there is no need to indicate the continuity.

For example, the image below shows Misurin shooting a Red Arrow:

Following the naming system, the file is then named as “Misurin shoots a Red Arrow (Anime).png”. Note that “(Anime)” was included in the file name because the image is a screenshot from an anime episode.

If the file is an image from the manga, please only describe the events in the photo. For example, the file below is a manga image of the celestial realm: 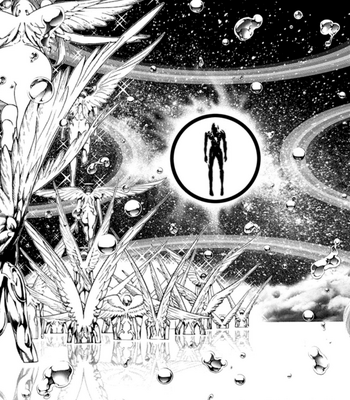 Following the naming system, it is rightfully named as “Celestial realm.png”. As previously mentioned, there is no need to include (Manga) in its file name.

Make sure that the file is fair use and indicate as such when uploading it. The {{Fairuse}} template may also be used for this matter.

All uploaded files must be properly categorized. The categories depend on the classification of the file, so it is advisable to view similar files for the necessary categorizations first. In general, images that feature characters must be categorized through their image category pages and respective image galleries.